“We have always wanted customers to feel that if they have need of medicine at night that we are willing to assist them.”

In 1895, The Williamsburg Drug Company was opened by Dr. Leonard Henley of Williamsburg. Following the death of Dr. Henley in 1907, Clyde Cecil ‘C.C.’ Hall arrived in Virginia and took over ownership of the business in its first location on Duke of Gloucester, aka ‘DoG’ Street in Merchant Square, Colonial Williamsburg. During the WWI boom, the Penniman/DuPont Plant was erected and brought in nearly 15,000 employees and their families, in what is today known as Yorktown Naval Weapons Station, Cheatham Annex and Camp Perry. Due to the population increase, Williamsburg Drug Co expanded their storefront and relocated to several spots on DoG Street, finally settling in on College Corner in 1978.

Simultaneously in 1963, Warren E. Harrell established Professional Pharmacy on Mt. Vernon Avenue in Williamsburg. In 1967, Warren became a partner, and in 1990, became the sole owner of Williamsburg Drug Company Corporation.

Williamsburg Drug Company continued to operate both store locations and, in 2002, moved the storefront from Merchant Square to its currently location at 240 McLaws Circle. “It’s a move that I never thought would occur,” Harrell said. “However, in retrospect, it is turning out to be a step forward, and it truly is a step forward for us.” – The Daily Press, January 17, 2002

In 2017, Williamsburg Drug Company Corporation was transferred to its current owner, Thomas ‘T.W.’ Taylor. T.W. served as a member of the U.S. Air Force and enjoyed time as a driver for NASCAR before settling in as a pharmacist and owner of WDCo.

In 2019, Professional Pharmacy, on Mt. Vernon Avenue, moved its location and is now operating at 1310 Jamestown Road. The new store location features 2 state-of-the-art compounding labs, USP 795 and 800, and more than 4,000 sq feet of space for staff and patients.

The staff, fondly, refers to the locations as WD 1895 or WD 1963. The McLaws Circle location, WD 1895, is a full-service drugstore offering prescriptions, home medical equipment, Golden power lift chairs, compression garment fittings, professional nutraceuticals, aromatherapy, skincare, gifts, cards, and even a full-service post office. The Jamestown Road location, WD 1963, is a full-service pharmacy offering prescriptions, professional nutraceuticals, aromatherapy, individualized testing, and consultations and is also the location of our compounding lab, where medications are made to meet the needs of people and animals.

Our entire staff is dedicated to helping our customers find healthy solutions to all of their health and wellness needs. “We want the patient to leave with a “wow”. . . a fascination or captivation where that person feels like “gosh, I can’t wait to come back.” -T.W. Taylor, PioneerRx.com 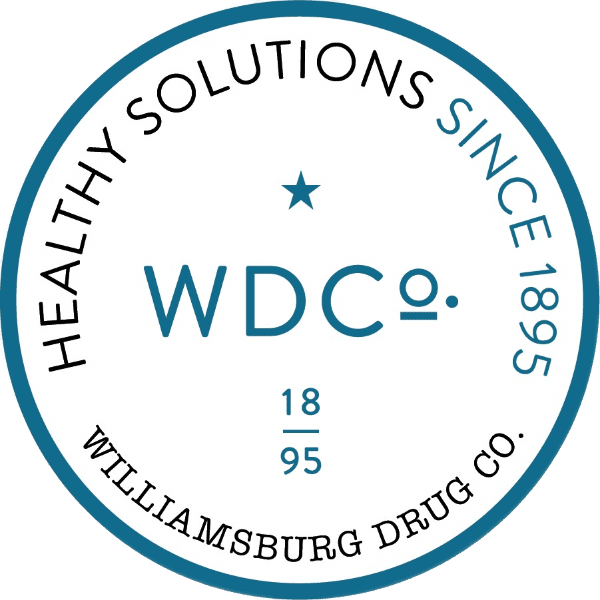